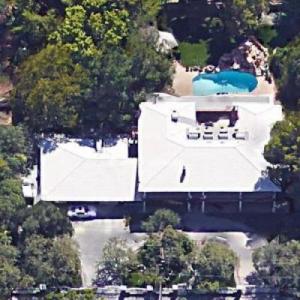 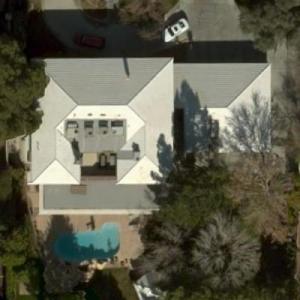 By tlp333 @ 2006-10-10 23:43:21
@ 36.15496304, -115.16448444
Las Vegas, Nevada (NV), US
Jerry Lewis, an American comedian, actor, singer, filmmaker and humanitarian, lived here. Once dubbed "The King of Comedy" and "The Total Filmmaker", Lewis gained his career breakthrough with fellow singer Dean Martin, billed as Martin & Lewis and would perform together for ten years until their historic breakup of the partnership. Lewis was born Joseph Levitch in Newark, New Jersey in March 1926 and started performing at five years old. In tenth grade he dropped out of high school and was rejected from the military for having a heart murmur. He gained notoriety by teaming up with singer Dean Martin as part of the Martin and Lewis comedy team. They made many TV appearances and worked at the Copacabana. Lewis was married twice and had six sons and a daughter. From 1969 to 1980 he was behind a chain of Jerry Lewis Cinemas. Lewis wrote three books. Jerry Lewis died on August 20, 2017 at the age of 91.

Lewis pursued a solo career as a filmmaker and comedian, starring in several movies, ventured behind the camera too with work as a director, producer and screenwriter. Lewis performed comedy routines on stage and released several albums as a singer, selling millions of records. Throughout his career, he raised awareness for muscular dystrophy, while national chairman of the Muscular Dystrophy Association.

This former home of the entertainment legend, is situated in the Scotch 80s planned community, filled with custom homes, and dates back to the 1950s. The two-story Lewis estate sits behind a white, wrought-iron gate and covers 7,325 square feet, with six bedrooms and six baths, a bar, an elevator, a separate casita, office and expansive backyard with a swimming pool. Recently listed for an affordable $1.4 million.

Jerry Lewis had a net worth of $50 million. In the late 50s and early 60s, Jerry was one of the highest paid entertainers on the planet, able to command large salaries and taking back end profits from his films. Jerry Lewis has well over 70 acting credits to his name. He has been the recipient of lifetime achievement awards from The American Comedy Awards, Venice Film Festival, and Los Angeles Film Critics Association. Lewis has two stars on the Hollywood Walk of Fame.
Links: en.wikipedia.org
31,261 views