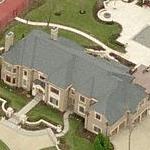 Before assuming his role at Frontier Communications, Clayton served as Executive Vice President of Marketing and Sales for the Americas and Asia for Thomson, a Paris, France-based global public company, and the largest consumer electronics business in North America. During his tenure at Thomson, Clayton led the launch of DirecTV satellite television, the most successful product introduction in consumer electronics history. He was responsible for the sales and distribution of Thomson’s RCA and GE brands.
Links: www.siriusxm.com
5,418 views