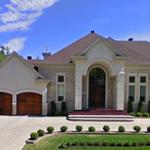 Di Maulo joined the Rizzuto clan after Bonanno family underboss Paolo Violi was assassinated in 1978. He was convicted in 1971 in a triple murder at a Montreal nightclub, but the verdict was overturned on appeal.

He had kept a relatively low profile for decades, but early in 2011, a few police sources expressed surprise when his name was often mentioned as being part of a small group of men who were trying to reach a consensus on who should take the reins of the Mafia in Montreal.

Vito Rizzuto, 66, the man alleged to have held that position for years, was serving a six years sentence in the U.S. at the time. (Rizzuto was released and deported to Canada in October 2012 and appears to have returned to Montreal about two weeks ago.)
Links: montreal.ctvnews.ca
2,221 views