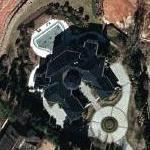 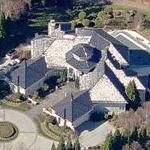 During his time as a football coach in the National Football League, he was the head coach for the Washington Redskins, from both 1981 to 1992 and 2004 to 2007, serving as both the 20th coach and the 26th. In his first tenure in the NFL, he went to the playoffs eight times, earned four NFC Championship titles and won three Super Bowls. Each victory was with a different quarterback, which Gibbs is the only coach able to claim this distinction.

Gibbs came out of retirement lead the Redskins in 2004, and stayed until 2007 before retiring from coaching football. He is still with the Redskins organization as a Special Advisor to the team owner. He was inducted into both the Pro Football Hall of Fame and the NASCAR Hall of Fame, in 1996 and 2020 respectively.

He graduated from Santa Fe Springs High School in Santa Fe, CA as a star quarterback, and attended Cerritos Junior College as well as San Diego State where he earned his master’s degree.

He is also a writer, co-authoring motivational books “Joe Gibbs: Fourth and One,” in 1992, and “Racing to Win” in 2003. Known as a devout Christian, Gibbs also wrote a book about his life in football and about his faith in God, called “Game Plan for Life” in 2009.
Gibbs is married to the former Patricia Escobar. The couple has two sons, Coy Gibbs and J.D. Gibbs, who died in 2019. Joe Gibbs and his wife have eight grandchildren.