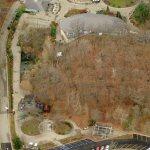 In 1842 he was appointed by Governor of Michigan Barry, to select 300,000 acres (1,200 km²) of the 500,000 acres (2,000 km²) of land granted to Michigan by Congress for internal improvements. These were mainly selected about Grand Rapids and were mostly taken up with internal improvement warrants, and as these warrants could be bought for about forty cents on the dollar, it resulted in a speedy settlement of the Grand River Valley. Mr. Ball was largely identified with Grand Rapids interests. He was interested in schools, geology, lyceums and all local enterprises; he provided the first written account of the geology of Oregon.
Links: en.wikipedia.org
782 views