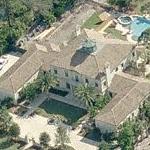 Bitove was the volunteer president of the City of Toronto bid for the 2008 Olympic Games. He was the founder of the Toronto Raptors of the National Basketball Association franchise as well as the creator of the new home of sports and entertainment in Toronto the Air Canada Centre
4,503 views