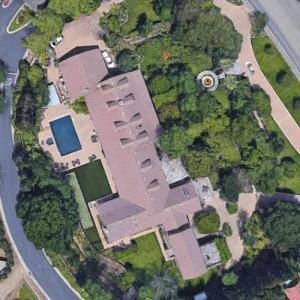 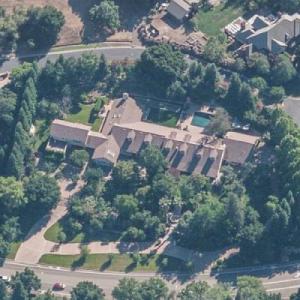 By IndyFan032589 @ 2007-08-09 04:56:44
@ 37.64449201, -121.90133413
Pleasanton, California (CA), US
There is perhaps no bigger name in sports than John Madden, the football coach and sportscaster whose name is synonymous with all things football. The distinct voice of football, owns this beautiful mansion in Pleasanton California. The former Oakland Raiders coach and NFL commentator owns this home, where he’s retired with his family after making a huge impact on football and sports casting.

John Madden was an American former football coach and sportscaster before his recent retirement. One of the best coaches of all time, Madden miraculously won a Super Bowl as head coach of the Oakland Raiders, and after retiring from coaching became the best known color commentator for NFL telecasts of all time. In 2006, he was inducted into the Pro Football Hall of Fame in recognition of his coaching career. He is also widely known for the long-running Madden NFL video game series he has endorsed and fronted since 1988. This franchise is the biggest football video game series, and is still widely lucrative. Madden is perhaps the only sports broadcaster whose been featured as a color analyst for all four major networks CBS, Fox, ABC, and NBC. Madden retired from broadcasting in 2008 NFL. Madden officially cites wanting to spend more time with his family as his reason.

John Madden has earned an incredible 200 million dollar net worth over his impressive career. At the peak of his career, Madden was earning $8 million a year, around $14 million after adjusting for inflation. His main source of income was Madden NFL, an absolute video game mega franchise with over 43 million copies sold. In 2005 EA Sports signed a $300 million deal to become the exclusive game for the NFL. John Madden himself had signed a deal that would allow his likeness and name to be used in the games in perpetuity for a reported $150 million.
Links: en.wikipedia.org
63,286 views