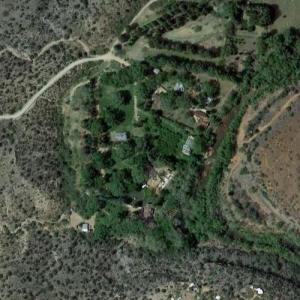 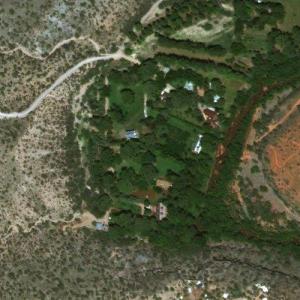 By tlp333 @ 2008-08-21 22:44:51
@ 34.7932017, -111.90021
Cornville, Arizona (AZ), US
John McCain, the Senior United States Senator from Arizona, and 2008 Republican Party nominee for President, owned this home with his wife Cindy. The property consists of 3 separate parcels: a main house, guest house and caretakers' quarters totaling over 4,800 square feet. They also own properties in Coronado and La Jolla California; Arlinton, Virginia; and Phoenix, Arizona. Cindy also has purchased properties for their children in California.

It is here in Arizona where McCain's true "home" was. He often spent Thanksgiving and Christmas here as well as hosted his campaign for the 2008 election, which McCain subsequently lost to Barack Obama. In 2013 he was considered a key figure in the senate for the way he handled negotiating issues in a partisan environment. In 2016 he refused to endorse Donald Trump as a presidental nominee. He reduced his senate role in 2017 and retreated to his Cornville house after being diagnosed with brain cancer. John McCain died on August 25, 2018, just 4 days shy of his 82nd birthday. His net worth was estimated to be $16 million as of 2018, whereas his wife Cindy's was estimated at $200 million. She owned a big stake in Anheuser-Busch beer company her father founded in 1955.

McCain served the United States a total of over sixty years. He joined the Naval Academy graduating in 1958 and then became a pilot for the navy in 1960. McCain served several missions before becoming a prisoner of war in Hanoi, North Vietnam, in 1967 for nearly 6 years. He retired from the Navy in 1981 just after marrying his second wife Cindy. He then became a republican representative quickly climbing the political ladder. His Father-in-Law put McCain in the role of Public Relations specialist for Anheuser-Busch which obviously put him in connection with many people who then ultimately help catapult his career as a politician. McCain and Cindy had 3 children together and adopted a third. He also fathered children from a previous marriage.
Links: en.wikipedia.org
76,377 views