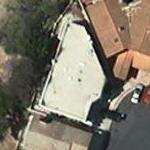 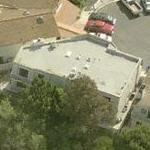 By tlp333 @ 2009-05-19 19:32:58
@ 34.009499, -118.355968
Los Angeles, California (CA), US
John Singleton, the former film director, screenwriter and producer, owned this home before passing in 2019. A native of South Los Angeles, many of his films consider the implications of inner-city violence like the critically acclaimed and popular Boyz N the Hood, Poetic Justice Higher Learning and Baby Boy. His later career branched out into mainstream territory with the blockbuster 2 Fast 2 Furious and the controversial Four Brothers. He purchased the 4-bed, 4-bath, 4,869 sq ft home in October of 1990 for $700K, according to public records.

Singleton was best known for his academy award nominated film Boyz n the Hood (1991), for which he was nominated for the Academy Award for Best Director, becoming, at age 24, the first African American and youngest person to have ever been nominated for that award. The film also earned John an Academy Award nomination for Best Screenplay. He also directed the drama Rosewood (1997) and the action films Shaft (2000), 2 Fast 2 Furious (2003), and Four Brothers (2005). He co-created the television crime drama Snowfall. He was nominated for the Primetime Emmy Award for Outstanding Directing for a Limited Series, Movie, or Dramatic Special for The Race Card, the fifth episode of The People v. O.J. Simpson: American Crime Story.

John Singleton had a net worth of $35 million dollars at the time of his death in April 2019. Singleton directed Michael Jackson's "Remember the Time" music video with Eddie Murphy. Singleton also has production credits on "Higher Learning", "Shaft", "Baby Boy", "Hustle & Flow", "Back Snake Moan" and "Illegal Tender". He appeared in "8 Mile" as himself and on The CW's TV series "The Game" in 2013.

In April 2019, John suffered what was reported as a "major stroke" by many outlets and remained in a medically-induced coma for over a week. He reportedly first experienced weakness in his legs after returning from a vacation in Costa Rica. He slipped into a coma after suffering from the stroke. Tragically, John Singleton died on April 29, 2019 at the age of 51. He was married once and had seven children.
Links: www.movielanddirectory.com
4,654 views