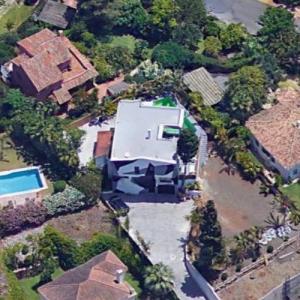 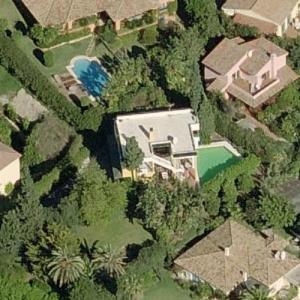 By Xeba73 @ 2014-03-19 01:30:17
@ 36.51377668, -4.99509972
Marbella, Spain (ES)
This is the home Costa del Sol home of the Swedish freeskier, alpine ski racer and all-around extreme athlete, Jon Olosson. Born in Mora, Olsson Delér started his career as a ski racer but at age 16 he switched his race skis for twin tips and quit ski racing, beginning his meteoric rise to international acclaim. Eight years later, after a uge(US$5826.22) bet with fellow skier Jens Byggmark, Olsson Delér started ski racing again with the goal of the bets being to make it to the Olympics in 2014. He now competes in both freestyle and ski racing. Olsson Delér is known for his invention of several new double flips, including a D-spin 720 into a flatspin 540 (DJ flip), a switch double rodeo 1080 (hexo flip), a double flatspin 900 (kangaroo flip), and a switch cork 720 to flatspin 540 (the tornado).

Since 2005 Olsson Delér has hosted the big air event Jon Olsson Invitational. In 2007 the event was voted best big air event by freeskier magazine. From 2007 to 2010 he also hosted Jon Olsson Delér Super Sessions, a freeskiing film contest that takes place in Åre, Sweden. The event consisted of teams of skiers skiing for approximately two weeks with a film crew and creating a short ski film. Olsson Delér made his debut in the Alpine Skiing World Cup in Val-d'Isère in December 2010, as part of a plan to make the Swedish alpine ski team at the 2014 Winter Olympics.

Jon Olsson has a net worth of $8 million. He started out at 16 years old. Eight years later he he made his life changing bet and launched his career. Olsson has won nine Winter X-Games medals and has won several events including big air at The US FreeSkiing Open in Vail, the Winter X-Games 09, The Red Bull Big Air, and the World Superpipe Championships. He has hosted the big air event Jon Olsson Invitational since 2005. Jon's brother is Hans Olsson who is a Swedish alpine skier, specializing in speed events.

His new home is right around the corner (VG link below).
Links: en.wikipedia.org, virtualglobetrotting.com
73,486 views