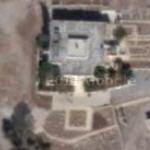 By kjfitz @ 2011-11-30 19:56:06
@ 31.95414, 35.934219
Amman, Jordan (JO)
The Jordan Archaeological Museum is a museum in the Citadel Hill in Amman, Jordan, built in 1951. It presents artifacts from archaeological sites in Jordan, dating from prehistoric times to the 15th century. The collections are arranged in chronological order and include items of everyday life such as flint, glass, metal and pottery objects, as well as more artistic items such as jewellery and statues. The museum also includes a coin collection.

The museum houses the Ain Ghazal statues, which are the oldest statues ever made by a human civilization, and considered ones of the most important artifacts in human history. The museum also houses some of the dead sea Scrolls, as well as the only copper dead sea scroll.
Links: en.wikipedia.org
688 views