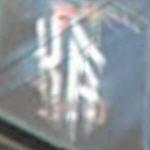 Directed by Canadian theater veteran Robert Lepage, Kà drew heavily on martial arts for its inspiration. The story centers around the adventures of a pair of imperial twins. Unlike most Cirque productions, the story of Kà was more concrete and linear, more narrative and less abstract.[38] First premiering in November 2004 at the MGM Grand, KÀ became Cirque's fourth resident show in Las Vegas. It was also the largest and most expensive production the company had created to date. By the time it had been completed, KÀ had cost more than $220 million, of which more than $30 million was in costumes and $135 million was the theater itself, the bill for which was paid entirely by the MGM Grand.
Links: en.wikipedia.org
642 views