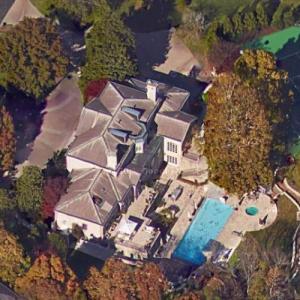 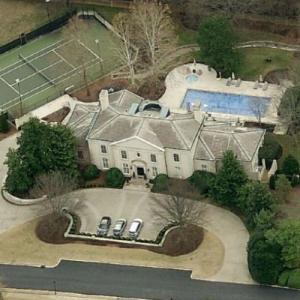 By tlp333 @ 2008-03-24 16:28:30
@ 36.08946062, -86.83452429
Nashville, Tennessee (TN), US
Purchased for a mere $3.47 million in 2007, this is where Nicole Kidman and famous country singer, Keith Urban, like to spend most of their time with their daughters Faith and Sunday. This property sprawls out at 12,000 square feet and has seven bedrooms, eight full bathrooms, and two half bathrooms. The property boasts a long swimming pool, tennis court, and twenty rooms that fill out the three story home including a home theatre and hobby room. This Nashville mansion is one of Nicole and Keith's several homes. They also own homes in Sydney, Manhattan, Beverly Hills, West Chelsea and have recently listed their quaint 5,000 square foot retreat in Tennessee.

Nicole Kidman is an Australian born actress who made her breakthrough film in 1989 with "Dead Calm" and "Bangkok Hilton," giving her international notariaty. she's been featured in the films "Days of Thunder," "Far and Away," "Batman Forever," and "Moulin Rouge" to name a few. She met her first husband, Tom Cruise, while filming "Days of Thunder" and married him in 1990. Their marriage ended in 2001. In 2006 she married country singer and native Australian Keith Urban. Nicole Kidman's net worth as of 2017 is estimated at $130 million.

Keith Urban released an album in 1991 which had four charted singles leading him to move to the United States to pursue his career further. His second album released in the US in 1999 earning him a platinum record and number one hit, "But for the Grace of God." Keith's second US album's "Somebody Like You" was named the biggest 2002 Billboard country hit. He went on to write several albums earning him over 37 charted singles through his nine platinum studio albums. Keith Urban's net worth is estimated at $75 million.
Links: realestalker.blogspot.com
115,537 views