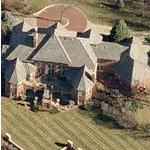 By Champion3 @ 2010-10-12 10:21:08
@ 41.26111132, -96.25569061
Elkhorn, Nebraska (NE), US
Kelvin C. Berens is a labor attorney and the Managing Partner in the Omaha, Nebraska, office of Jackson Lewis LLP. Mr. Berens focuses primarily on the most complex of labor relations issues. As a result, he has argued numerous issues before the National Labor Relations Board and addressed matters before seven of the twelve Appellate Courts. He has also been involved in over 300 union organizing drives and has negotiated collective bargaining agreements throughout the country. In addition to an active labor based practice, Kelly is involved in class actions, and workplace safety.
Links: www.jacksonlewis.com
2,601 views