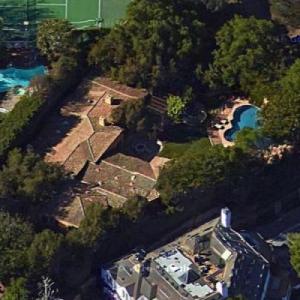 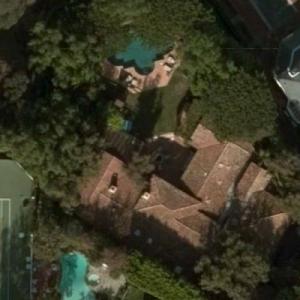 By gordonhigh @ 2013-04-03 10:39:09
@ 34.13445074, -118.44135623
Los Angeles, California (CA), US
The model and "Keeping Up With The Kardashians" star Kendall Jenner lives here in the luxurious Mulholland Estates. She paid $8.55M for this house in 2017. Former owners for the house include Matt Altman, Charlie Sheen, Tom Gores, Sam Gores, and casino widow Verna Harrah. In fact, it was owned by Mr. Sheen right before Jenner purchased the property, likely the reason for its modest price tag. Jenner, the real estate mogul in the making, has likely fixed up the place as its appreciated in value.

A household name since her time on the hit show Keeping Up with the Kardashians, Jenner is now one of the top 15 most followed celebrities on Instagram. Still enjoying her cultural influence, she’s often paid tidy sums for Instagram endorsements. One such infamous example being the $250,000 she made to promote the catastrophic Fyre Festival that turned out to be a resounding disaster. Her brand, still to this day, retains its value however, as the Kardashian clan continues to be a cultural force.

This beautiful home built in a Spanish-Mediterranean style was built in 1997 and passed between various celebs before being bought by Jenner. There are a total of 5 beds and 5.5 baths in a 6,635-square-feet of living space on a fantastic.84-acre lot. The home is beautiful. There’s an eat-in kitchen with center island, granite counter tops, and stainless appliances. Both formal living and dining rooms to entertain her high profile guests. A private sitting room for quiet moments away from the Hollywood lights. And at least a half-dozen sets of French doors accessing various parts of the yard, which is of course, equipped with an outdoor plunge pool surrounded by emerald-green grass and various verandas.