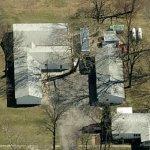 After his older brother Don returned home from serving in the Air Force in 1958, the two brothers and their father formed a midget race team they named 3K Racing. The family traveled to events across the country and eventually Mel earned his first of seven career USAC National titles in 1964. His success in midget racing earned him the chance to race Champ Cars (a precursor to today's IndyCars), in which he would have a career-best 3rd place finish in the 1968 Indy 500.

Tragedy struck Mel at a Champ car race in 1965 in Langhorne, Pennsylvania. He was knocked unconscious in a wreck in which his car became engulfed in flames. He suffered burns on 40% of his body and had most of his left hand amputated. Mel was back in the cockpit a year later thanks to a special glove which hooked onto the steering wheel.

The Kenyon team was behind many of racing's innovations. After his accident, they designed safer fuel tank systems and built the first ever race car equipped with a roll cage.

The brothers are also behind the Kenyon Midget racing series, which feature midget cars powered by motorcycle engines. It is a lower cost series for young up-and-coming drivers to learn the craft.

Mel lives in the house next to the shop with his wife Joy.
Links: en.wikipedia.org
1,249 views