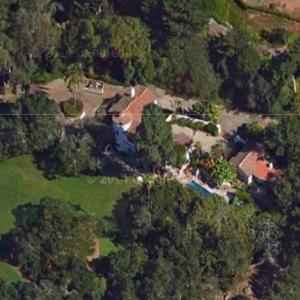 Trained in soil science at University of Wisconsin-Madison School of Agriculture, he worked as a soil analyst at the UW Soil and Plant Analysis Lab before joining Wall Street in the late 1970s where he served on the Board of Sanford C Bernstein & Co, Inc. from 1985 to 2000.

Mr. Brine has served as trustee of New York University, The Whitney Museum of American Art, The Spence School and The World Monument Fund; in addition, Mr. Brine co-founded the Children’s Pediatric AIDS Foundation at New York Hospital and served as a Public Overseer of Weill Cornell Medical College.

Mr. Brine holds a BA from University of Wisconsin, Madison, an MA in English and American Literature from New York University and a MBA from the Stern School of Business, NYU. With his wife, Jessica E Smith, Mr. Brine co-founded Artemis IV, LLC, The Fund for Sustainable Agriculture and the Jessica E Smith and Kevin R Brine Charitable Fund. His most recent book, Finance in America: An Unfinished Story, co-authored with Mary Poovey, is scheduled to be published by University of Chicago Press this November.