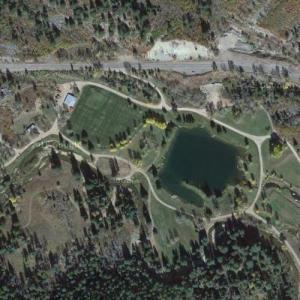 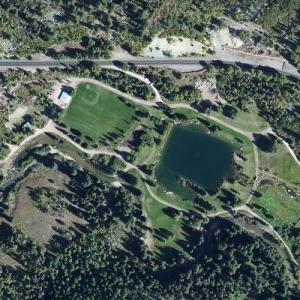 He owns approximately 150 acres over 4 parcels, which he purchased through his 3282 Beach Club Drive Trust & his Tagert Lakes Family Trust in 2002 for an estimated $20M (one parcel's price was undisclosed), according to Pitkin County records.On the property, there are three lodges that can sleep 34 each, the main house, the lake house and the river house. The main house features a hot tub overlooking the river and mountains, with a waterfall, accessible only by a trapdoor in the master bedroom. Separating each house are stunning grounds, mountain views, sledding hills, river access, and two ponds stocked with trophy trout.

Interestingly enough Costner married his girlfriend of four years, Christine Baumgartner, at this ranch. Together they have three children, and split their time between several other properties.

The crown jewel of this property is Costner’s private baseball field. His own private ‘field of dreams’, though he’s likely to be hoping for only the select to come. It’s possible to rent one of the guest houses, with a one week minimum, costing about $250,000. A steal for a chance to live like a Hollywood big wig.

Kevin Costner's net worth sits at comfortable quarter billion, or $250 Million. Well decorated with two Academy Awards, three Golden Globe Awards, one Primetime Emmy Award, and two Screen Actors Guild Awards, Costner is more than a millionaire, he’s a Hollywood icon. Costner starred in Dances with Wolves, Field of Dreams, and The Untouchables. He’s even made a name for himself as a musician, playing country music for fans.
Links: en.wikipedia.org
48,920 views