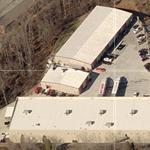 The team's Nationwide Series equipment was originally purchased from the former BACE Motorsports and Andy Petree Racing teams. It was announced in September of 2011 that KHI will merge with Richard Childress Racing beginning in 2012, with KHI no longer fielding a vehicle in any of the top three NASCAR divisions.
Links: en.wikipedia.org
2,547 views