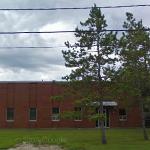 By kkeps @ 2011-12-02 19:11:41
@ 43.903194, -79.645151
Nobleton, Canada (CA)
King Brewery is a microbrewery based in Nobleton, Ontario, Canada which has won a number of awards. It operates in a traditional German style, producing lagers. Owner and brewmaster Philip DiFonzo gained input from over 200 bars, pubs, taverns, and restaurants before launching in July 2002 with a single Czech-style Bohemian Pilsner. King's 20 hectolitre brewhouse with a steam-fired kettle continues to be one of very few authentic Decoction Brew houses in Canada. This popular method of brewing in Germany is rare in Canada as it takes longer and is a more expensive brewing process.
Links: www.beerbarons.com
469 views