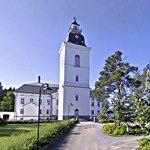 This area is called Old Vasa as after the fire the new town was built in 1862 about seven kilometres to the northwest from the old town. The new town was originally called Nikolaistad (Finnish: Nikolainkaupunki), named after the late tsar and grand duke of Finland Nikolai I and renamed Vaasa in 1917.
Links: en.wikipedia.org
333 views