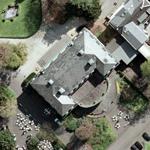 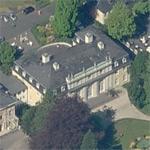 It is the last building of the electoral period, a house of game and dancing for the court society, a building which was erected on the orders of Elector Max Franz in a noble Classicistic style, in order to support his health resort Godesberg. The architects were Michael Leydel, father and son. They created a central tract with three axes, which is crowned by an attic carrying six figures. In its interior, in the so-called “Beethoven hall”, the decoration of this extremely elegant period is still as it used to be.

The young Beethoven made music here in front of Haydn, and Mozart’s “Zauberflöte” is said to have had one of its first performances here. Today, La Redoute serves as a wonderful place for concerts, balls, big receptions and gala dinners.
866 views