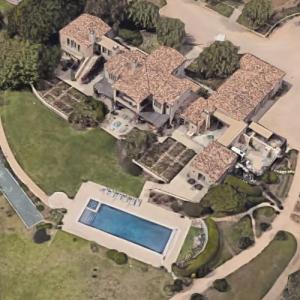 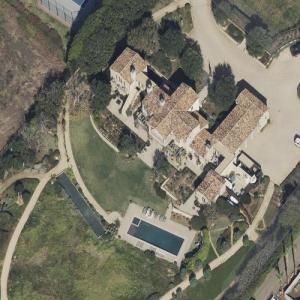 Lady Gaga, born Stefani Joanne Angelina Germanotta, is perhaps best known for her often shocking fashion sense and dynamite vocal ability. Her often eccentric, always uniquely her own charisma has earned her a quick rise to stardom. Her hit breakout record The Fame and the deluxe edition The Fame Monster, released in 2008 and 2009 respectively, defined her distinct approach to a more electrified version of pop, dripping in her signature sex appeal. Praised for her embrace and advocacy of the LGBTQ, Gaga has defied and smashed the expected, following the tradition of visionaries as David Bowie, Freddie Mercury, and Elton John.

Now a movie star, with the recent release of her critically acclaimed musical A Star is Born, Gaga continues to blow audiences away with her seemingly endless talents. Her sixth studio album is reportedly also in the works.

A stunning home in the exclusive Malibu community, the compound boasts 6+ acres of land right across from the beach, 10,000+ square feet of living space, and a hidden underground "Batcave". Rustically decorated, the home feels very Jolene, and even horse stables on site. The list of lavish amenities goes on to include a wine cellar, home theater, wet bar, and 1960s-era bowling alley. Upstairs, of course, there’s a balcony attached to the master bedroom, with a stunning view of the ocean. Don’t forget the pool!

Wildly successful talent Lady Gaga’s net worth is $320 Million. During the height of her moment in the public spotlight, she earned $80 million in record sales in 2012 while both of her hit records The Fame, and Born this Way were in circulation. Still a pop powerhouse, she pulls in around $40 million on her average year. For example she’s been reported to have earned about $39.4 million between 2018 and 2019. Gaga now a movie star after her knockout performance in A Star is Born, is likely to be a cultural icon for generations to come.
Links: www.imdb.com, en.wikipedia.org, www.businessinsider.com, nypost.com, www.dailymail.co.uk, www.thesun.co.uk, www.eonline.com, www.lonny.com, www.homebeautiful.com.au, www.mydomaine.com, houseandhome.com, popcrush.com, www.today.com, homesoftherich.net, sports.yahoo.com, www.businessinsider.com
63,335 views