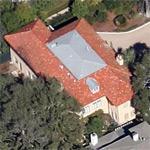 Armstrong bought the 7,646-square-foot, single-family home from Ben Barnes, the former lieutenant governor of Texas and speaker of the Texas House of Representatives.

He bought this house days after selling his Austin home for $10M.
Links: www.zillow.com, www.nydailynews.com
4,368 views