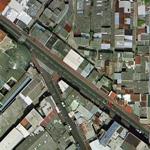 Known variously as "biffins", "chiftires", "crocheteurs" (pickers) or, more poetically, "pêcheurs de lune" (moon fishermen), the rag-and-bone men travelled through the city by night, searching for old objects that had been thrown out with the rubbish, which they would then resell on the local markets. Because they were often associated with the inhabitants of the "Cour des Miracles", an area of Paris frequented by beggars and thieves, the rag-and-bone men were driven out of the city by the new city authorities towards the end of the 19th century. They therefore formed small groups and pursued their activities on the other side of the fortifs, near the city gates of Montreuil, Vanves, Kremlin Bicêtre and Clignancourt. Gradually, a number of the craftier of these "moon fishermen" were able to become, in a sense, self-employed bric-a-brac trader.

Soon, these traders decided to group together, and it was not long before the people of Paris began to come to wonder at the displays of miscellaneous objects spread out on the ground just beyond the gate at Clignancourt. As time went by, the number of curious visitors steadily grew, as did the number of traders. It became fashionable, for a genteel population of collectors in their Sunday best, to come and hunt for bargains among the bric-a-brac. The Flea Market was born…

The Paris Saint-Ouen Flea Market celebrated its centenary in 1985É Covering 7 hectares, it is the worldÕs largest antiques market. Every weekend, between 120,000 and 150,000 visitors from the world over come in the hope of finding a rare and treasured object. The market has become one of the highlights of Paris for locals or tourists who wish simply to stroll around to search for a particular object, or just for the pleasure of looking around.
Links: www.parispuces.com
1,446 views