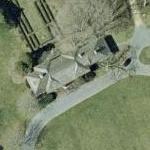 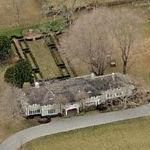 Lasata mansion has been sold.

The 8,500-square-foot “Lasata” mansion in East Hampton, N.Y. where Jacqueline Kennedy Onassis spent much of her childhood summers staying with her paternal grandparents reportedly has just sold for $24 million to Reed Krakoff, the president and creative director of Coach, Inc. after being on the market for $25 million.

The New York Post is reporting today that Krakoff, 42, bought the 6.44-acre Lasata property, which is very unique among American estates in that it has its own wikipedia page. Wikipedia tells us that the property, at 121 Further Lane, was built in 1917 and is a block from the Atlantic Ocean. Jackie O’s paternal grandparents John Vernou Bouvier II and Maude Sergeant Bouvier said the house’s name, Lasata, is Native American for “place of peace.” A cached version of the parcel’s listing sheet reports that the estate was designed by architect Arthur Jackson and stayed in the Bouvier family through the 1920s. The six-bedroom mansion also has five and a half baths, according to listing information.

The estate was being sold by the heirs of longtime owner Miriam Fitzsimmons Meehan, who died in 2005 at age 93.
5,266 views