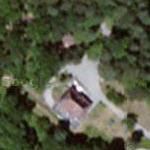 By kjfitz @ 2010-04-26 12:39:53
@ 45.053297, 1.169829
Montignac, France (FR)
Lascaux is the setting of a complex of caves in southwestern France famous for its Paleolithic cave paintings. The original caves are located near the village of Montignac, in the Dordogne département. They contain some of the best-known Upper Paleolithic art. These paintings are estimated to be 17,000 years old. They primarily consist of realistic images of large animals, most of which are known from fossil evidence to have lived in the area at the time. In 1979, Lascaux was added to the UNESCO World Heritage Sites list along with other prehistoric sites in the Vézère valley.
Links: en.wikipedia.org
1,869 views