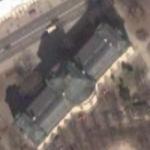 The collection of the Latvian National Museum of Art illustrates the nation's history of applied arts from the mid 18th century up to 1945. Works of Latvian artists are exhibited alongside a significant collection of German Balts and also the largest collection of Russian art work in the Baltic States (16th -20th centuries).

The museum building was erected from 1903-1905 and was leased to the Riga City Art Museum and the Society for the Promotion of Art. It is an impressive turn of the century example of academic architecture designed by the museum's first director Wilhelm Neumann. Latvian art was actively collected in the 1920s-1930s, when the director of the museum was the distinguished Latvian painter Professor Vilhelms Purvitis. The museum occupies two floors. The ground floor houses the collection of Baltic painting from the mid 18th century - mid 19th century. A broad chronological account of the development of Latvian professional art from the mid 19th century - 1945 is presented on the second floor. Notable Russian artists with works on show include Nikolaj Rerih.