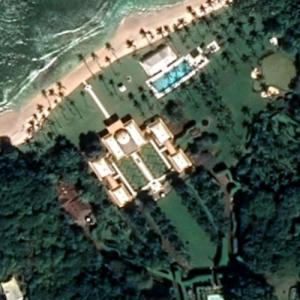 In additon to his main house in Montreal and another in Geneva, Stroll owns this home, known as The Great House. The Great House was previously owned by Colin Tennant, 3rd Baron Glenconner and the third husband of Christina Onassis, Soviet ship broker, Sergei Kauzov. Roman Abramovich reportedly offered Stroll £100m for the house but was turned down, with Stroll telling Abramovich that there is no deep water dockage for Abramovich's yacht and no space for his private jet, suggesting he look into property on St. Barths.
Links: en.wikipedia.org
1,918 views