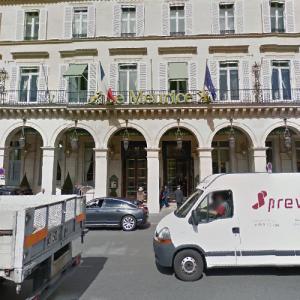 By jbottero @ 2017-10-29 15:58:22
@ 48.8650325, 2.3280316
Paris, France (FR)
Felix Block was at one time the director of European and Canadian Affairs in the United States Department of State, and an avid stamp collector. But he was also a spy. In 1989, French Intelligence observed Block enter this restaurant with a briefcase where he met KGB agent Reino Gikman, and then leave without the briefcase. Block says he had a dinner meeting with a man he says he knew as "Pierre Bart," a fellow stamp collector. Block had a taste for sadomasochistic sex, and the FBI believes the Soviets were either indulging Bloch's tastes, or had blackmailed him into becoming their spy. In any event, nothing could be pinned on Block and he was fired in 1990. Years later, US authorities discovered that Robert Hanssen, a corrupt FBI official, had been responsible for alerting the Soviets to the investigation.
Links: en.wikipedia.org, www.nytimes.com, www.alainducasse-meurice.com
435 views