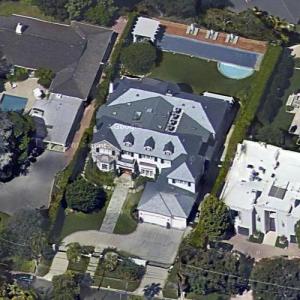 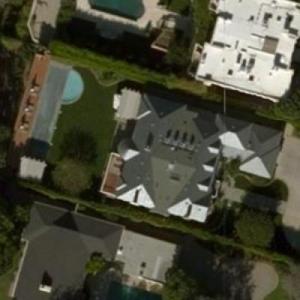 The NBA superstar Lebron James, now a Los Angeles Lakers, has been lauded as one of the greatest basketball players of all time.

The residence was built in 2011 and has 6 bedrooms and 8 bathrooms in 9,440 square feet.
The home designed by architect Ken Ungar, is in aTraditional-style, and features a gabled roof, dormer windows and black shutters. A bay window is featured prominently over a two-story stone facade along the front of the house. The home is fully equipped with a formal dining room, a round breakfast room, six bedrooms and eight bathrooms. Balcony and deck space off the back of the house extend the living areas outdoors. Of course a swimming pool and a fountain complete the grounds. Don’t forget the gated driveway leading to a three-car garage.

Referred to by some as the face of the NBA, LeBron is perhaps the premier athlete in the league. An NBA champion, Gold Medalist, and well decorated and accomplished athlete, James has enjoyed a wildly successful career.

James has three children with his wife, Savannah Brinson. He married Savannah when he was 27 in 2013. She is his highschool sweetheart and the two have been together since.

Lebron James is one of the best paid and best known professional athletes who has earned a net worth of $480 Million. He is paid a $100 Million yearly salary earns with around $40 million being from the NBA and roughly $55 million from endorsements. Between June 2016 and 2017, LeBron earned $86 million. Between June 2017 and June 2018, LeBron earned $85.5 million. Between June 2018 and June 2019 he earned another roughly $85 million. During his first 10 seasons in the NBA, LeBron James earned just over $126 million in salary, not including his other endorsements. During that same time period LeBron has earned an estimated $326 million from endorsements,. When you total it all up it means Lebron James has earned slightly over $600 million during his career.
Links: www.dirt.com, rtabbott.com, rtabbott.com, en.wikipedia.org
114,056 views