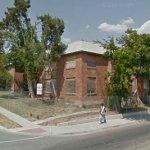 After a four-year battle over code violations at the uninhabited 10-unit, two-story apartment complex built in 1925, owner Jane Bryant is in the process of taking the building down per a court order. She's been salvaging building materials and selling off items from Oswald's three-room apartment. The toilet already has a new owner.

The apartment, where Oswald lived from November 1962 to March 1963 with his wife, Marina, and young daughter, is mentioned in the Warren Commission report, which investigated the president's death. The report concluded that Oswald acted alone on Nov. 22, 1963, when he fired at Kennedy's motorcade from the sixth floor of the Texas School Book Depository as it passed by Dealey Plaza.
Links: www.huffingtonpost.com
984 views