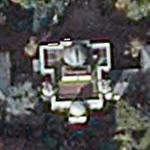 By kjfitz @ 2007-11-04 12:55:26
@ 52.154889, 4.484047
Leiden, Netherlands (NL)
Leiden Observatory (Sterrewacht Leiden in Dutch) is an astronomical observatory in the city of Leiden in the Netherlands. It was established by Leiden University in 1633, to house the quadrant of Snellius, and is the oldest operating University observatory in the world (before this, astronomy taught at medieval universities tended to be of a more theoretical nature, and any observations were usually done with private equipment rather than at University observatories —see this timeline).
Links: en.wikipedia.org
553 views