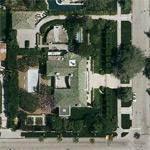 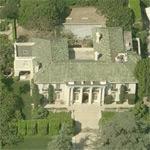 Stone was nominated for the Academy Award for Best Actor in 1929 for The Patriot. After that, he appeared in several movies with Greta Garbo, most notably as Dr. Otternschlag in Grand Hotel. His appearance in the highly-successful prison film The Big House furthered his career, and he starred with some of the biggest names in Hollywood in the 1930s, such stars as Norma Shearer, John Gilbert, Ramón Novarro, Clark Gable, and Jean Harlow. He played adventurers in the dinosaur epic The Lost World (1925) with Wallace Beery and The Mask of Fu Manchu (1932) with Boris Karloff, and a police captain in Bureau of Missing Persons (1933).
Links: en.wikipedia.org
1,517 views