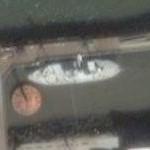 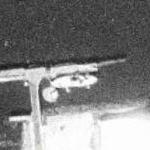 WLV 604 would be the last vessel known as the Columbia. The ship was made of steel, and was 128 feet long, 30 feet wide, and draft of 11 feet. The ship was powered by a diesel engine made by Atlas Imperial. The lighting system on the WLV 604 was a 375mm lens visible for up to 13 miles. Fog warning was provided by two diaphone signals on either side of the ship. The lightship was decommissioned in 1979 and replaced by a lighted navigational buoy (LNB). The LNB was eventually retied as well.

The Columbia Lighthouse was the first lighthsip to serve on the west coast, and the last one to be decommissioned on the west coast. WLV 604 is open to the public at the Columbia River Maritime Museum in Astoria, Oregon.
Links: www.us-lighthouses.com, en.wikipedia.org
1,328 views