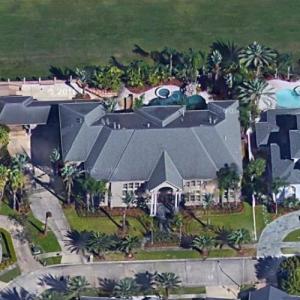 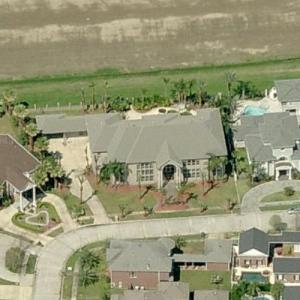 The rapper, producer and music executive, whose given name is Dwayne Michael Carter Jr., explained he dropped the “D” from his name, preferring “Wayne” because of his lack of relationship with his father.

Lil’ Wayne’s net worth is $120 million, and is the founder of Young Money Entertainment, an imprint of Cash Money Records.

He joined Cash Money Records in 1991 at 9 years old. He was a member of the duo B.G.’z and then Hot Boys before he debuted his solo album in 1999 – Tha Block is Hot. His most successful album so far is Tha Carter III from 2008. He has released 11 studio albums as of 2014. In 2012 his 109 entries on the Billboard Hot 100 chart passed Elvis Presley’s record as the male with the most entries on the chart.

His home, which was featured on MTV's Cribs, is 10,084 square-feet and has 5 bedrooms and 6 baths, and features include a fitness room with rubber floors, entertainment bar, stainless steel kitchen, theater and movie room, 4-car garage, pool, pool house, pearl marble staircase with gold trim and master bedroom with fireplace and his/her bath with steam room, sauna and Jacuzzi. It also has an ornate chandelier and pillars in the décor.

Lil’ Wayne has four children. His oldest daughter Reginae was born to his high school sweetheart and ex-wife Antonia “Toya” Carter when Lil’ Wayne was 15. The couple married in 2004 and divorced in 2006. His son Dwayne III was born in 2008 to radio broadcaster Sarah Vivan. His other children are Cameron Carter, born in 2009, with actress Lauren London and Neal, born in 2009, to singer Nivea.
Links: en.wikipedia.org, nola.curbed.com, www.celebritynetworth.com
4,545 views