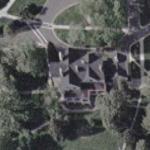 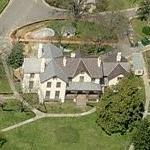 Lincoln lived at the Soldiers' Home, in what is now called Lincoln Cottage, during our nation's most turbulent history, the Civil War. Not only was it a break from the hot, humid city, but also from the intense political pressures of being president. In fact, Lincoln spent one-fourth of his presidency at Soldiers' Home, and it is believed that Lincoln wrote the last draft of the Emancipation Proclamation. In 1865, Lincoln's wife, Mary, wrote to her friend Elizabeth Blair Lee, "How dearly I loved the Soldiers' Home." The historic Lincoln Cottage was constructed in 1842-43 as the home of George W. Riggs, who went on to establish the famous Riggs National Bank in Washington, D.C. In 1851, the Riggs home and farm land surrounding it was purchased by the government to form the core of what is today the AFRH-Washington.
Links: www.afrh.gov
1,439 views