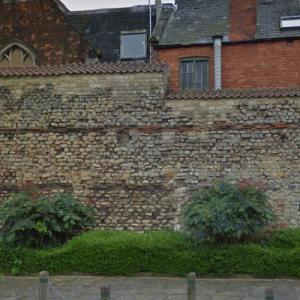 Sections of the original Roman wall that surrounded and protected the settlement remain in different places in the East Bailgate part of Lincoln. Two granite circles on a pavement mark the location of two buried Roman columns. The Newport Arch is the oldest arch in the UK to still be used by traffic also remains from the Roman settlement. The northern tower of the eastern gate also remains.
Links: en.wikipedia.org
554 views