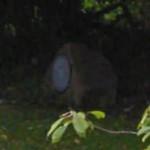 The aircraft, an Avro Tudor V, had been privately hired to fly rugby union enthusiasts to and from an international game in Ireland; and the crash, which was caused by a stall, happened on the return flight.
Links: en.wikipedia.org
536 views