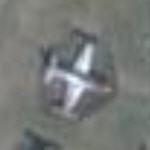 It was widely used by all U.S. military services and many Allied nations. Over 5,800 T-33's were made in the U.S. alone and many more were produced under license in Canada and Japan. It is estimated that over 90 per cent of all the Free World's pilots trained in the 1950's and 1960's, trained in this type of aircraft.

The T-33 was also used in other roles, such as reconnaissance and drone controller. An attack version was also widely used by Third World nations.