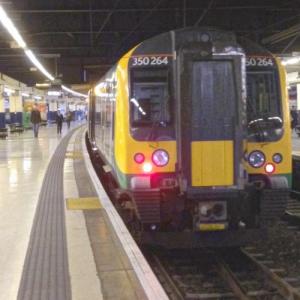 The London Midland units entered service in 2005 with Central Trains and Silverlink. After both franchises were ceased in 2007, London Midland took over their trains and services.

In 2008 London Midland ordered a new batch of 37 additional units, now called Class 350/2. Those second batch of Class 350s are currently undergoing a refurbishment to be able to run on high speed tracks (up to 110 mph).
Links: en.wikipedia.org
1,282 views