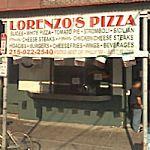 When you approach the counter, be sure to order a cheese steak with onions and Whiz. The grill cook will then take a couple of frozen sheets of steak meat and slap it on the grill atop raw onions. The next ten minutes you can watch as your order is banged and chopped up thoroughly on the grill until it resembles a hash. The grill cook then shapes the meat into a thick vertical formation down the grill in the exact shape of the cheese steak roll. Literally gobs of cheese Whiz are worked into the steak and onions, then the bread is used to scoop up the well-mixed cheese steak portion off the grill.
Links: roadfood.com
632 views