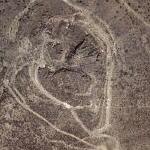 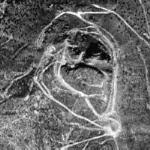 By daggerwell @ 2007-03-14 09:22:59
@ 32.923717, -106.640709
White Sands, New Mexico (NM), US
In 1937 a man named Milton 'Doc' Noss supposedly found a treasure trove of gold bars and valuable artifacts hidden in a secret chamber beneath Victorio Peak in what is now part of White Sands Missle Range, New Mexico. He was unable to retrieve the treasure because the opening was too narrow so he hired an engineer to dynamite a larger passage. Too much dynamite was used and the opening was closed.

The many roads and trails visible around Victorio Peak are evidence of several unsuccessful attempts to find Doc Noss' treasure.
Links: www.wsmr.army.mil
3,776 views