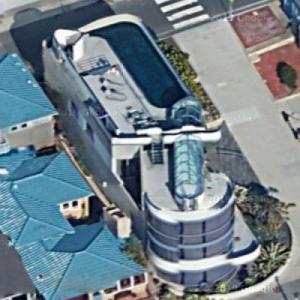 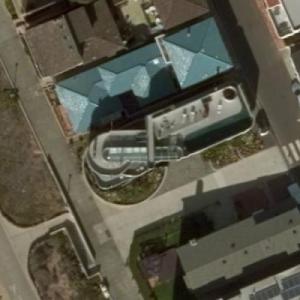 By jdubble07 @ 2010-06-11 14:02:44
@ 33.8876477, -118.41326568
Manhattan Beach, California (CA), US
Lou Scheimer is an Emmy and Grammy-award winning American producer, one of the original founders of Filmation, an animation company, and also an executive producer of many of its cartoons (though only by name due to standardized crediting in most cartoons; Norm Prescott received similar treatment.

For search purposes it would be good if the title could be changed to "Lou Scheimer's House by Raymond Kappe".