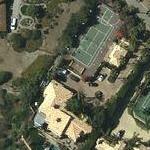 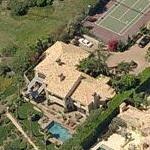 By tlp333 @ 2008-08-12 10:46:48
@ 34.027398, -118.837175
Malibu, California (CA), US
The former agoraphobic, who founded the Midwest Center for Stress and Anxiety, lives here. She is the creator of "Attacking Anxiety and Depression", which is a 15-week home study course about recovery from anxiety disorders such as agoraphobia and panic attacks. Her flagship infomercial has been running on late-night television for over a decade. Bassett has appeared on many national (U.S.) talk shows, including "The Oprah Winfrey Show", "The View", "The Montel Williams Show" and "Hour of Power". In addition, her work has been featured in several magazine publications, including "Family Circle", "Reader's Digest", and "The Journal of Clinical Psychology". She is also a nationally renowned motivational speaker and keynote presenter.
Links: en.wikipedia.org
6,428 views