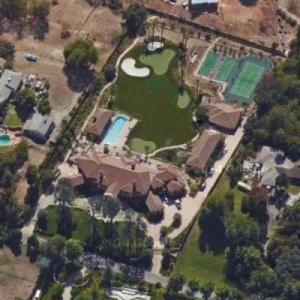 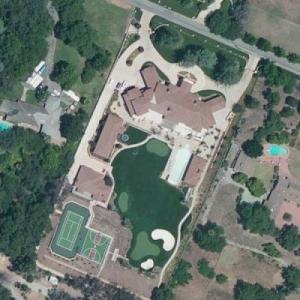 Snyder is the only heir to the fortune of In-N-Out Burger, where she currently serves as President and is reportedly one of the world's youngest female billionaires. She was the only child of Lynda and H. Guy Snyder and the only grandchild of Harry and Esther Snyder, who founded In-N-Out in 1948. She inherited the company after a series of deaths in the family company left her as the sole heir. According to the Bloomberg Billionaires Index, in 2012, Snyder became the youngest American female billionaire after inheriting her family's estate. As the sole beneficiary of family trusts, she is currently In-N-Out's majority owner and ultimately received control of the company's stock in its entirety on her 35th birthday, becoming the sole owner.

She lives here in a 4+ acre compound built in 2010. The home features 16,600 of total living space, which includes 7 bedrooms and 16 bathrooms. There is also a tennis court, basketball court, indoor batting cage, movie theater, infinity pool, and an 8-car garage.

The property was built and sold by pro baseball player Adrian Beltre and his wife Sandra. He currently plays for the Texas Rangers and has also played for the Seattle Mariners, LA Dodgers, and Boston Red Sox.

Snyder has a net worth of 3.6 Billion. Today the company has 281 locations and has annual revenues estimated at $500 million. Known for great burgers, the regional chain is hugely successful. One of the prides of the American Southwest, In-N-Out is one of the most iconic burger brands in America.
Links: realestalker.blogspot.com, www.dailymail.co.uk, en.wikipedia.org
15,046 views