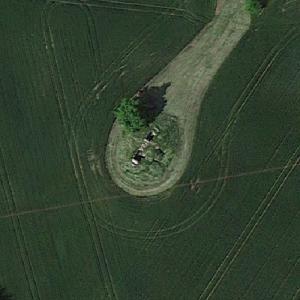 By Drudii @ 2018-04-12 15:12:43
@ 55.1148453, 11.7407489
Neder Vindinge, Denmark (DK)
Located in the southern part of the Danish island of Zealand are the remains of a double-chambered passage grave from the Neolithic era. It is one of the few double-chambered passage graves left in Denmark. The site is thought to have been constructed sometime near 3.200 BC. The mound has been damaged now exposing the two burial chambers and entrances. The majority of capstones are still in place with one over one of the entrances now gone. Both entrances and chambers are enterable.
Links: www.fortidsmindeguide.dk
271 views