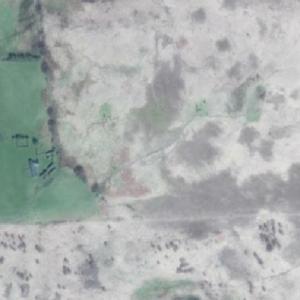 Six stone circles are visible on the moor immediately east of the derelict Moss Farm. Some circles are formed of granite boulders, while others are built of tall red sandstone pillars. The moor is covered with other prehistoric remains, including standing stones, burial cairns and cists. The stone circles are positioned over previous timber circles. A radiocarbon date of 2030-180 BC has been found for the timber circle at Machrie Moor 1. Several hut circles can also be seen as low rings of turf-covered stone.

The site is open to the public and managed by Historic Scotland.
Links: en.wikipedia.org
300 views