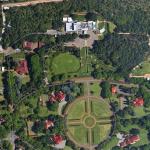 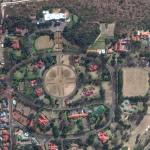 The house, formerly called Libertas, was designed by Architect Gerard Moerdijk in a traditional Cape Dutch style and completed in 1940 as the official residence for the Prime Minister of South Africa. It is surrounded by impressive gardens. Through the years, slight changes were made on the building. After the post of Prime Minister was abolished in 1984, it became the presidential residence. In 1995 the name of the residence was changed in the present-day name. Mahlamba Ndlopfu is a term of the Xitsonga language, the language of the Shangaan (or Tsonga) people. It means "The new dawn".
Links: en.wikipedia.org
5,392 views