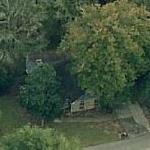 The ownership of this home has been under scrutiny for a number of years, ever since the two paid well above market value for it in 2005, subsequently going into foreclosure. The home was recently listed for sale in believed effort for Rubio to try to distance himself from Rivera and his frequent scandals, including domestic violence and numberous federal investigations of illegal campaign activites.
Links: www.politico.com
638 views